RIPE NCC (Network Coordination Center) – one of the five regional internet registries responsible for the distribution of network address space – has recorded an unprecedented amount of IPv4 address transfers between Local Internet Registries (LIRs) spanning across the Middle East, Europe, and northern Asia in 2017. At first glance, these results suggest that the IPv4 supply has increased, finally coming to equilibrium with the massive demand for address space.  However, after closer analysis, RIPE NCC discovered that 78% of these transfers were between affiliated businesses. Actual market sale of IPv4 addresses continues to decline as companies stockpile the few remaining address slots.

Starting in 2012, RIPE NCC began to limit IPv4 allocation when available addresses dropped below 1/8th of the total address pool. Each Local Internet Registry (LIR) was given a /22 (1,024) address block. If more address space was desired, LIR’s would have to acquire additional IP’s on the transfer market where inactive addresses are sold at a steep cost to buyers.

RIPE NCC analysts first became aware of 2017’s massive increase in LIR transfers due to the previous year’s comparisons. 2014 recorded 10 million transfers, nearly doubling 2013’s totals. Shortly after, 2015 and 2016 experienced a gradual decline in transfers, only then to jump to an astounding 21 million in 2017. Despite this, closer examination showed that 12 of the 21 million transfers were done internally between LIRs held by Société Francaise du Radiotelephone S.A, and 3.2 million by U.K. based Vodafone Group.

Internal LIR transfers like these are largely for organizational reasons between affiliated LIRs. With only a slight amount of research, RIPE NCC found that most of the sending and receiving of address blocks were between related subsidiary organizations. With no buying or selling process, these numbers cannot be included in market transfer calculations. Although in previous years internal transfers still occurred, RIPE NCC estimates that only 10-15% of total transfers were for these reasons. In comparison, 2017’s internal LIR transfers amounted to 78% of all transfers conducted.

In total, RIPE NCC estimates that only 4.6 of the total 21 million transfers in 2017 were buy/sell transactions on the market, perpetuating the downward trend experienced in the last few years. This information, however, does not suggest that the demand for IPv4 address blocks is declining. Rather, the supply is declining as more businesses decide to hold onto their blocks. In fact, it’s estimated that demand outpaces supply by more than a hundred. As this trend continues, supply is expected to shrink further, leaving countless businesses and organizations with too few IP address blocks.

Looking into the future, what does this mean for the state of the internet?  It’s long been known that IPv4 is not self-sustaining due to the exponential growth of connected devices. Although measures at implementing IPv6 are underway, the transition is far from complete. As RIPE NCC’s data shows, IPv4 availability is growing smaller every year, and at faster rates. In the coming years, businesses should expect it to be increasingly difficult to allocate unused address blocks. Those who do have them will likely keep them in their possession as the scarcity of such addresses grows. Unfortunately, this is a situation that will continue to persist until the IPv6 transition is complete. 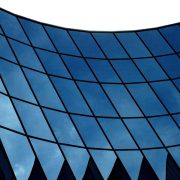 How the Existence of the IPv4 Address Market Helps

How the Existence of the IPv4 Address Market Helps